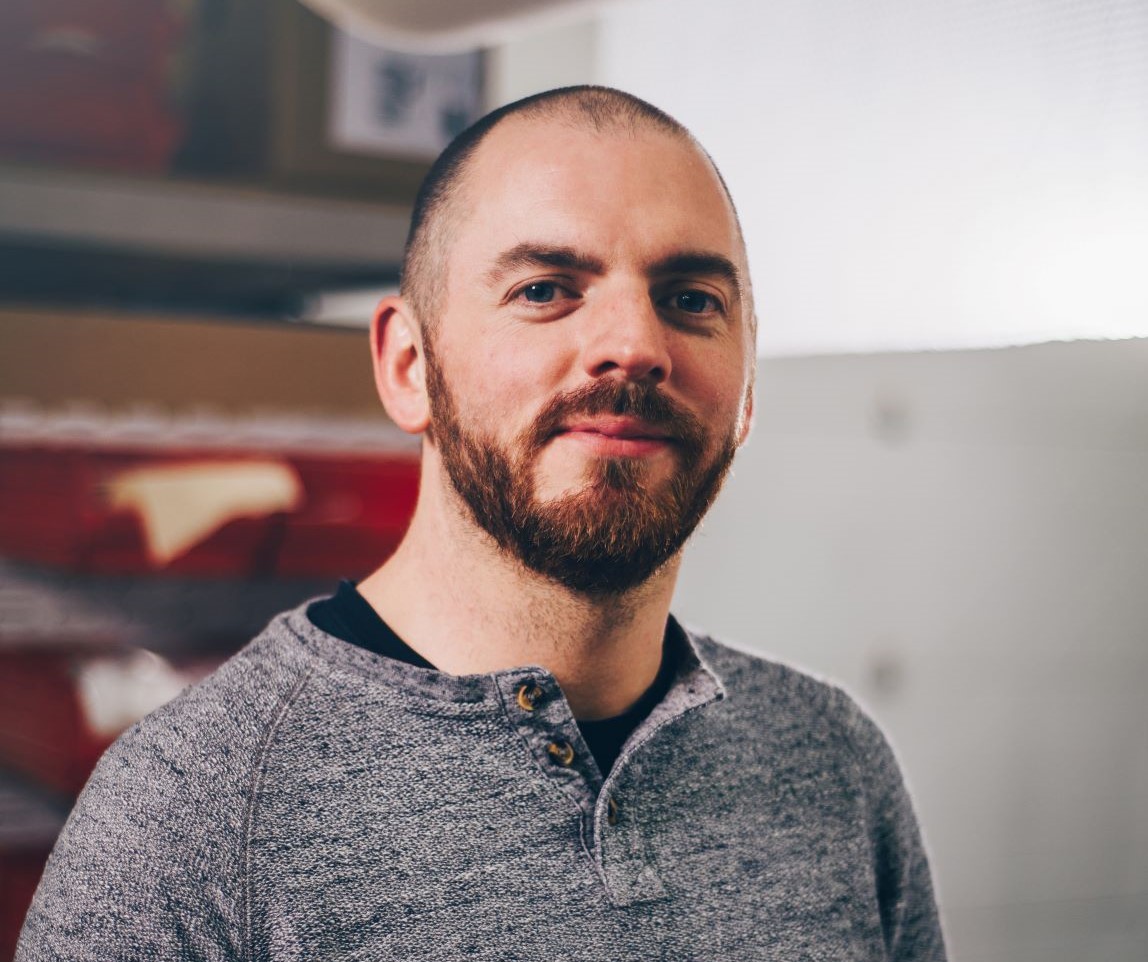 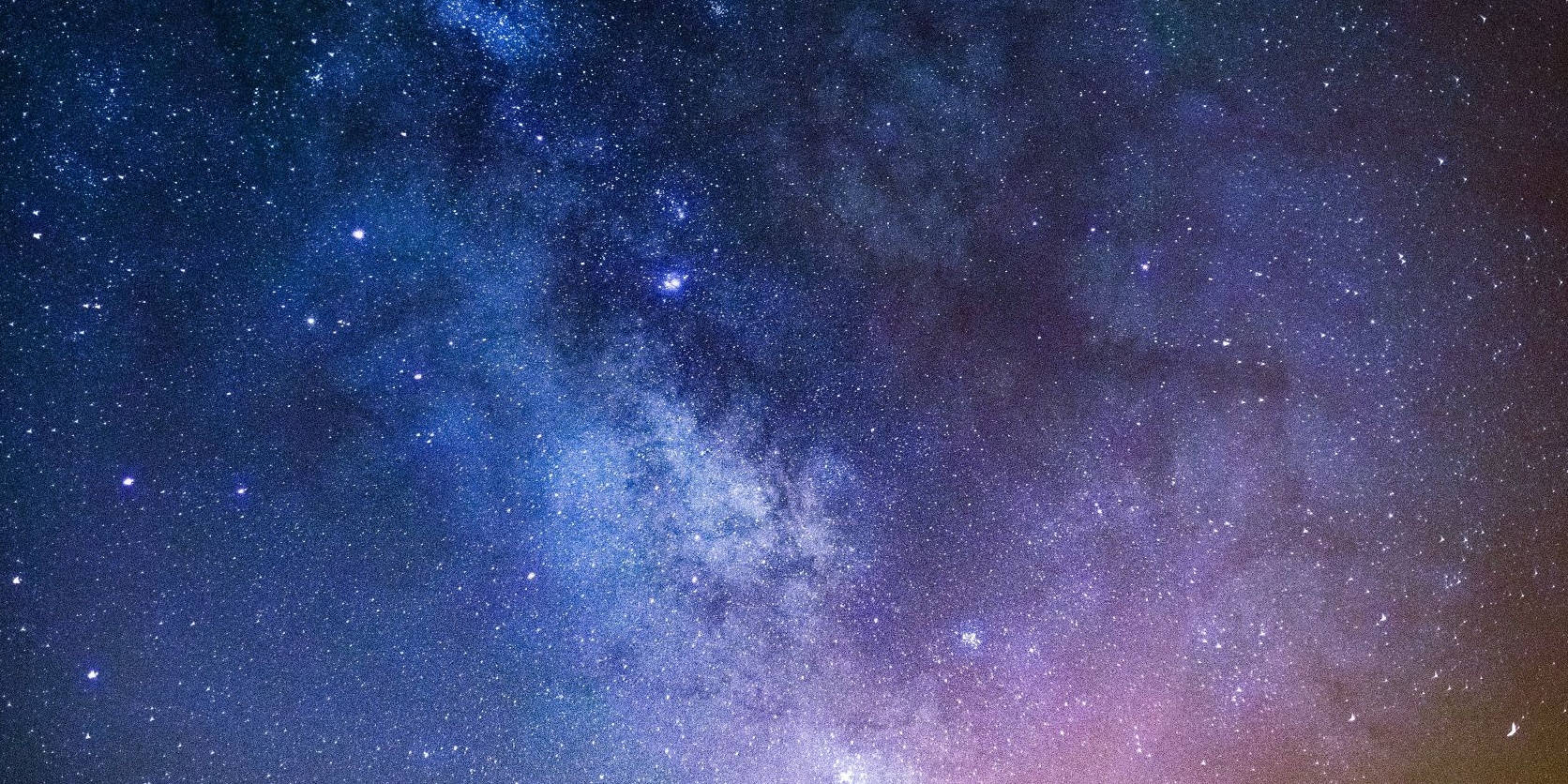 The UK space sector has grown by over 60% since 2010 and supports £300 billion of economic activity.  40,000 people work directly in this sector with many more working for suppliers which support it to develop innovative prototypes and products.

World Space Week (4th – 10th of October) is marked by 96 countries and is "an international celebration of science and technology, and their contribution to the betterment of the human condition".

As there are many space innovations which have not only improved astronauts’ lives but enriched all of ours too, the AME-3D team reviewed the inventions which changed everyday life.

Whether this is by the materials chosen for the products or by how these inventions are now produced, for some of the inventions listed additive manufacturing has played an important role in getting these innovations to consumers.

Here are the top 12 space innovations made possible en masse thanks to additive manufacturing advancements.

Space dirt and particles can damage an astronaut’s helmet visor. To prevent multiple replacement visors being needed at space stations, NASA instead created the scratch-resistant lens.

Naturally, the eyewear and optical industry took this  new technology to make the lenses of glasses ten times more scratch-resistant than before. Research by ophthalmic services provider Optegra found that Brits spend on average £120 per pair of glasses and buy 26 pairs in a lifetime. Without scratch-resistant lenses the total pairs of glasses would be much higher. 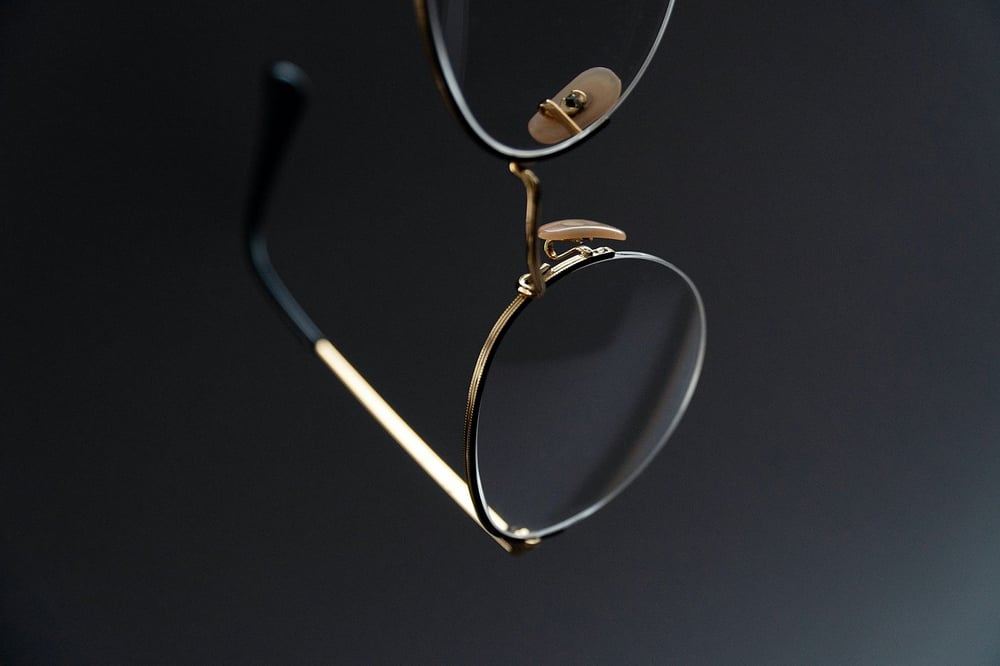 With additional investment and advancements made to the artificial limb market, it is predicted to be worth USD 2,758 Million by 2025. Without space buggies, the lives of 45,000 UK residents would be even more challenging.  We mentioned in a previous blog post, how 3D printing  supports the customisation of artificial limbs  and we're excited to see what new developments are yet to come.

NASA faced the challenge of measuring the temperature of stars. A feat no normal thermometer could achieve. That’s why NASA’s team developed infrared technology to complete the task. The same infrared sensor measures the amount of energy your eardrum gives off into the ear canal. An ear thermometer can accurately take someone’s temperature in under two seconds.

Hospitals use LED medical devices to relax muscles and relieve pain in soldiers suffering from PTSD, cancer patients and people with Parkinson’s disease.

1 in 500 people develop Parkinson’s disease and while there is no cure, at least there is some relief. This important technology wouldn’t be available without NASA creating LED technology to help plants grow aboard space shuttles.  Technology to improve growth ended up improving quality of life.

Cordless tools make DIY projects a lot easier. These tools were originally created for the Apollo moon landings to collect rock samples. The power-driven hand tools of the time needed electrical sockets to function, and while NASA didn’t know what exactly to expect when landing on the moon, a convenient plug socket didn't feature on the list.

Ever since cordless  tools entered the consumer market, they have steadily grown in popularity with the global power tools market rated at USD 34 billion in 2020. Additive manufacturing plays a pivotal role in power tool manufacturing and as popularity builds the opportunity to further enhance this market only grows. 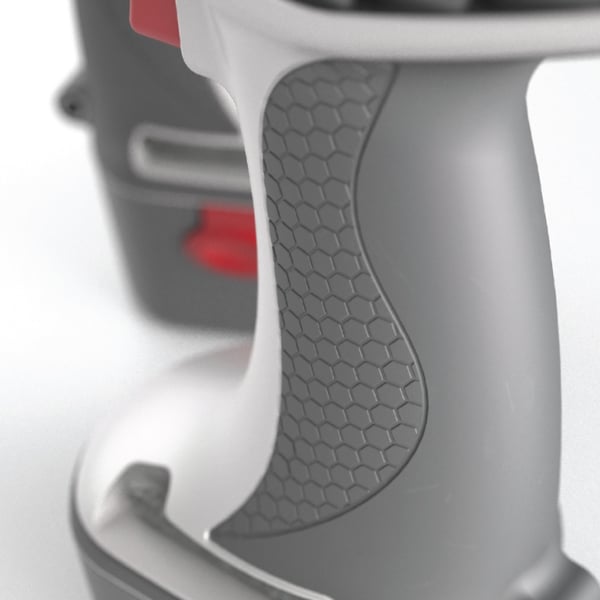 The AME-3D team support VAX and other home appliance companies with their product development and have done so for many years. It’s strange to imagine a world without this technology, but the suction power led cordless  cleaners we know today are another amazing space innovation.

Just like the cordless power tool, the cordless cleaner originated from battery-powered tools used to gather rock samples from the moon.

NASA’s top priority has always been to keep their astronauts and crew safe. An undetected fire or an outbreak of noxious gases would have dire consequences for the crew of a space station.

So, NASA invented the first adjustable smoke alarm with different sensitivity levels to prevent false alarms. The latest data from the English Housing Survey (EHS) recorded 91% of UK households to have a working smoke alarm, which is a 15 percentage point increase from 2001. Household smoke alarms are based on the smoke alarm design used in the first US space station, Skylab.

NASA and Stanford researchers created the first computer mouse to increase interaction with onboard computers and to allow the crew to perform different data related tasks quickly.

Later, NASA researched ways to accurately simulate different manoeuvring scenarios for training purposes. They teamed up with computer hardware company, ThrustMaster, which built control sticks for the Johnson Space Center. ThrustMaster then repurposed these control sticks for Airbus and Air Force training simulations, as well as for the gaming market as joysticks. 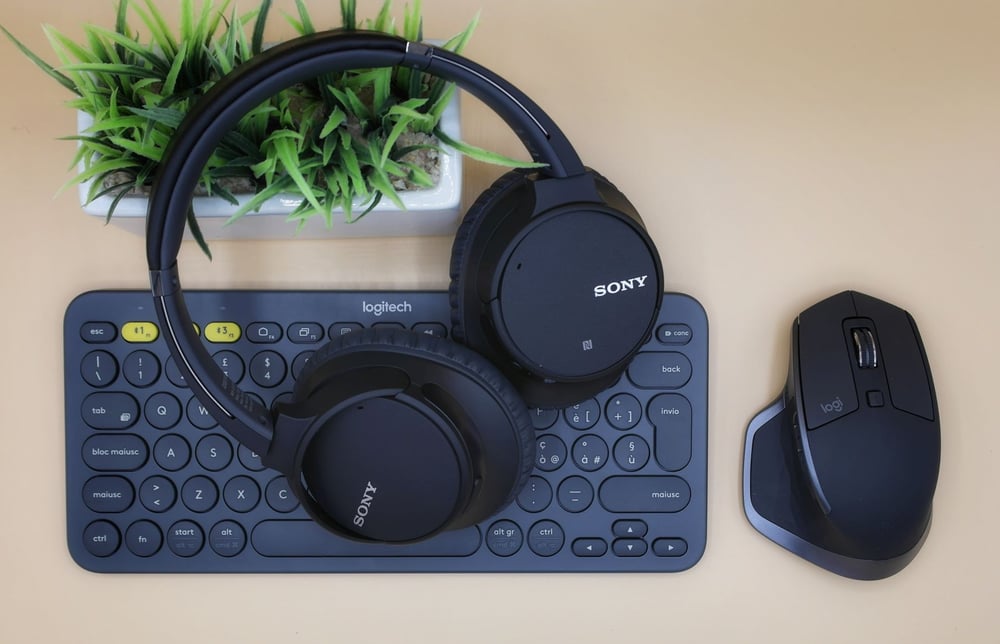 Floating in a zero-gravity space station with a headset wire wrapped around you while you’re trying to update ground control, isn’t the easiest of tasks.

As this list shows, rather than accepting the status quo, people working in the space sector are more likely to invent a solution. That’s why we can now all enjoy listening to music from wireless headphones.

Every next generation of smartphones can take more colourful and detailed pictures than the last. The photographic chip-based cameras in our smart phones, web cams, go pros and DSLR cameras are all thanks to the “complementary metal-oxide semiconductor” (CMOS) sensor developed at the Jet Propulsion Laboratory in 1995.

NASA’s robotic space probes needed to take  quality images with a  limited power supply. The CMOS sensor had previously been used in microprocessors and other applications before being developed into a miniature digital camera.

She soon realised the pressured nozzle would be more suitable as a high-powered water gun for kids. Since 1982, children around the world have enjoyed a new type of water gun, the Super Soaker.

What will mankind’s next giant leap be? 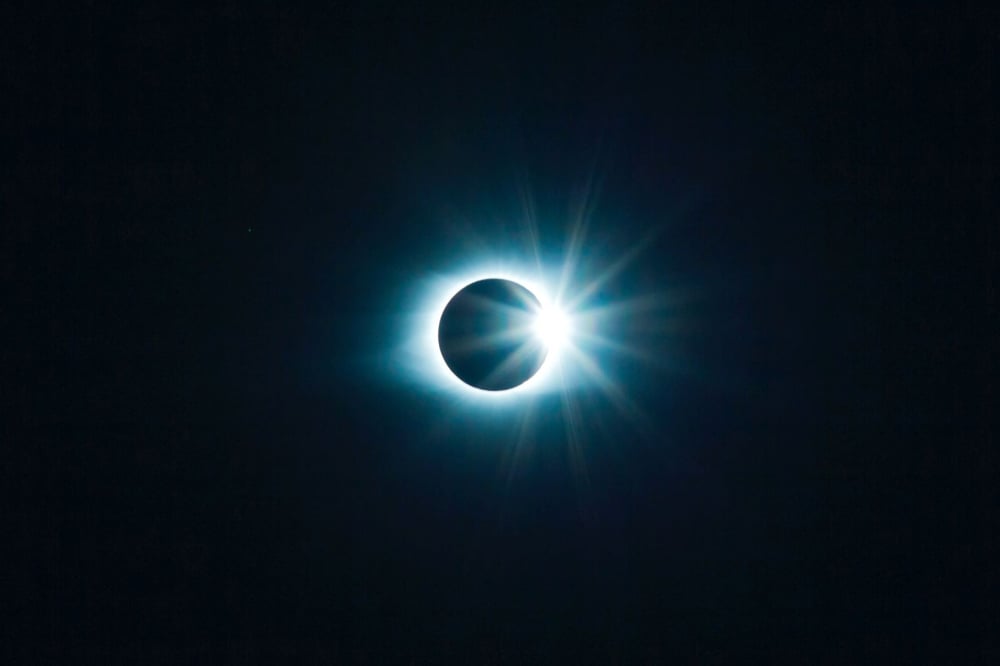 At AME-3D, we believe in sharing knowledge and skills across industries to bring the technology of tomorrow closer to today. As the top 12 space innovations show, there is often more to an initial idea than meets the eye.

While our experienced team can help the medical, technology, DIY and toy ware industry to develop products via 3D printing and low volume production technologies, we’re also here to help start-ups and new businesses to make their mark.

If you’re looking for some lean start-up advice to get your invention to market, book a meeting with us today 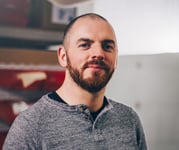 Rich has a background in engineering and design and over eight years of strategic planning experience. As AME-3D's Managing Director, he is keen to push AME's boundaries. 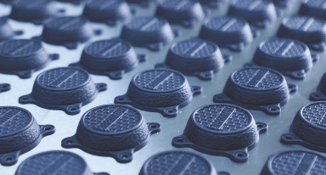 The UK's go-to magazine for  engineers and manufacturing directors  is MEPCA  Engineering. 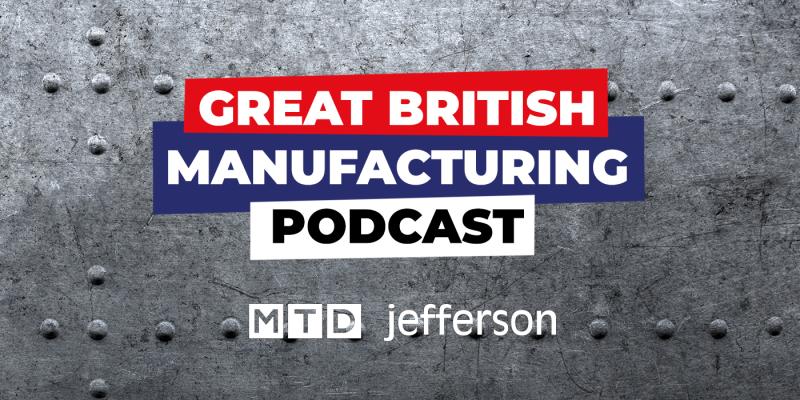 Our Managing Director, Rich Proctor, is featured on the MTD & Jefferson  Great British...